A synopsis of the feature film: “DOG KINKY”.

Based on the short story, ‘Woman’s Best Friend’, by the same author, which was shortlisted for The Independent on Sunday short story competition and published by Bloomsbury: IOS new short stories. 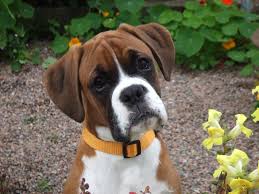 What’s not to die for?

A black-comedy feature film set in a surreal rural community in the West of Somewheresville, about an 11-year-old boy who repeatedly tries to murder a retired Judge in revenge for him killing his beloved dog.

Inadvertently, the boy keeps “accidentally” killing other people in the village whose dogs have also been murdered by The Judge in the most bizarre and elaborate ways.

Whilst trying to reap his revenge, the young lad uncovers a salacious plot by The Judge to blackmail the love of his life – his schoolteacher, in return for kinky sexual favours.

The film opens when JOE COSTELLO arrives home from school to find his father kissing and canoodling with a woman of ill repute. Joe’s mother passed away several years previously and has been left to be brought up by his dad, Walter, and his older brother, Brett. The only constant in Joe’s life is his relationship with his dog, Amber, a gift from his mother before she died. This relationship is brought to an early demise by Judge McGlinchy.

Joe has a crush on his teacher, Sarah. Though, she is only concerned for Joe’s welfare, which he mistakes for affection. He is heartbroken when he learns that Sarah is involved in some kinky fetishy affair with the very man he wants to kill. Sarah is forced into these lurid acts because of her husband’s attempts to embezzle money from the local law enforcement benevolent fund, which The Judge has evidence of.

Joe’s first attempt to murder the Judge ends in disaster when he accidentally electrocutes Mary Mac, a psychiatric nurse, who pays The Judge a visit in connection with the demise of her own dog, Sabre. Next, to meet their demise, is Robbie Flowers, whose dog only had to enter the Judge’s garden to meet his fate. Unfortunately, so does Robbie, at the hands of Joe, in the form of an elaborate Heath-Robinson type contraption with an axe at the end of it.

Unfortunately, Joe’s father is implicated in both the murders and is duly whisked off to jail leaving the two brothers to fend for themselves. That is, until the fearsome, Aunt Catherine arrives on the scene to lick the boys into shape.

Next on Joe’s list, is his Dad’s defence attorney who’s in league with the bad old Judge. Fortunately, this does mean that Walter is innocent of the spate of serial killings as he was ‘inside’ at the time of the latest crime.

Joe professes his love for his teacher, Sarah, but is gently knocked back. Though, not so gently by his brother, Brett, who finds the whole thing highly amusing and proceeds to humiliate his younger sibling.

Sarah’s husband, Pierse, decides to put an end to all the blackmailing shenanigans by topping himself. But The Judge has one more trick up his sleeve to get Sarah into her cat suit one last time, and that is to kidnap her dog, Mitsy.

The stage is set for the final showdown. Sarah arms herself to the teeth and pays The Judge one last visit, where he unveils his piéce du resistance: a suit made up of all the dogs he has murdered. Oh, and an electric chair he managed to pick up from an old prison.

Joe, meanwhile, is also about to pay The Judge a final visit. He too, arms himself to the teeth, but this time with a less contrived weapon of mass destruction: Molotov cocktails. He duly torches The Judges crib, accidentally torching the love of his life in the process.

Joe manages to rescue Sarah and the pair try to outrun the pursuing Cops. Cornered in the local dog pound, Joe creates a diversion for Sarah to escape, by releasing all the caged hounds. Unfortunately, Joe is captured and sentenced to 15 years for arson and murder.

All turns out rosy when Sarah arrives on his release with a little surprise for the best friend a woman could ever have.

Drop me a line if you’d like to see the first draft of my screenplay.