The Boating Party – with Christelle Jones

Luncheon of the Boating Party, 1881. By Pierre-Auguste Renoir.

The Boating Party is a series of interviews with writers, artists, photographers, filmmakers, musicians, sculptors, designers and the like.

To me, artists aren’t rebels, they are pioneers.

And perhaps, most importantly; without the Arts, where’s the creativity that will solve the world’s problems? Including economic and scientific ones?

Enjoying my work. When I started art school, I stopped dreading Monday mornings.

What’s been your greatest sacrifice?

I’m too selfish to make big sacrifices. However, I once sold a couple of Beastie Boys tickets, because something had cropped up at work. That wasn’t a sacrifice, though. That was just stupid.

To whom do you owe a debt of gratitude?

My parents. I had a great childhood, spent most of it outdoors, stayed up well past my bedtime and I’ve never been in any hurry to grow up.
Also, there are several inspirational Art and English teachers who I wanted to impress.

Workaholics. High achievers. Daft optimists. People who never give up or give in. Google.

What was the last thing that inspired you?

Driving through Wiltshire on an autumn afternoon. The low sun had lit up a field full of hay bales, so there was this patch of bright cadmium yellow set against a huge, dark storm cloud.

What makes you unhappy?

The News. I don’t know what to believe anymore, especially after reading ‘Flat Earth News’ by Nick Davis – an excellent, but scary book.

What are you reading?

Who, or what, are you listening to?

At the moment, as I’m writing, it’s the gas boiler. The TV, internet and radio are switched off. When I’m painting though, I listen to 6 Music.

Withnail & I.  I can quote that film from start to finish. It’s a master class in swearing.

vigilantcitizen.com and things that make you go ‘hmm.’

What can’t you live without?

Friends, family, laughter and my camera.

If you only had one year to live what would you do?

I’d sort out all the boring admin and hire a skip to save friends and relatives the hassle. I’d also like to make a video of myself hiding under a sheet, pretending to be a ghost, that would be played at my funeral to ‘lighten things up a bit’. After that, I’d probably live each day as if it was my last, move to the seaside and eat a lot of great food.

Up who’s arse would you like to stick a rocket, and why?

I can think of several politicians. Guy Fawkes had the right idea.

Who would you like to be stuck in an elevator with?

What are you working on at the moment?

3 large canvasses, (I’m still at the sketchbook stage at the moment), and running an after-school art club.

Which six people would you invite to your boating party?

What question would you have liked me to have asked?

“Do you need a bigger boat?” 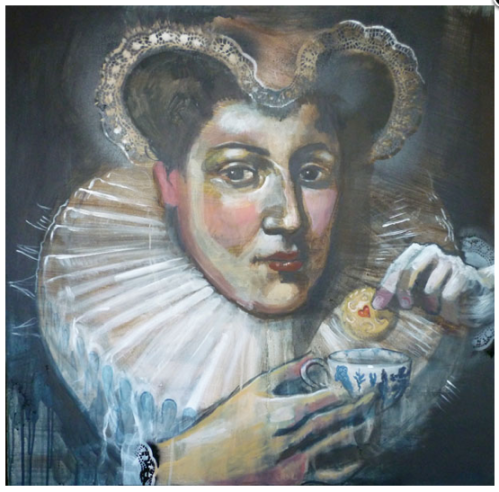 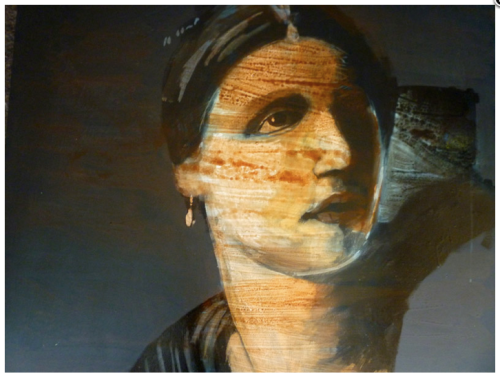 With my recent work, there is an element of unpredictability. I start out with a rough idea, but I never really know what direction the painting will take. Often the painting takes on a life of its own. The trick is knowing when to stop. The loft is full of paintings either under or overworked, that look terrible, or even worse – look OK. It’s so frustrating, but when a painting goes right, it’s the best feeling in the world.