The Diameter of the Bomb

The Diameter of the Bomb

The diameter of the bomb was thirty centimeters

And the diameter of its effective range about seven meters,

With four dead and eleven wounded.

And around these, in a larger circle

Of pain and time, two hospitals are scattered

And one graveyard. But the young woman

Who was buried in the city she came from,

At a distance of more than a hundred kilometers,

And the solitary man mourning her death

At the distant shores of a country far across the sea

Includes the entire world in the circle.

And I won’t even mention the crying of orphans

That reaches up to the throne of God and

A circle with no end and no God. 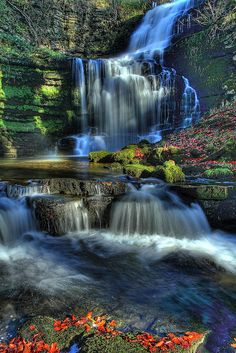 In that, everyone wants to go there and each religion has its version of paradise. 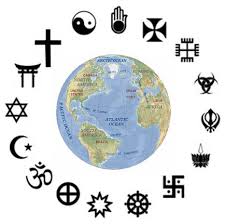 They just have different routes of getting there.

For example, if you were going to the splendiferous Yorkshire Dales from London, you’d go straight up the M1.

Likewise, if you were heading over from Manchester, you’d nip over the Pennines on the eastbound M62.

But, if someone from London said to someone from Manchester, the best way to get to the Nirvana of the Yorkshire Moors, is to get on the M56 heading west, drive south down the M6 to London, then up the M1, (adding about 400 miles to the journey), you’d politely tell them that you knew a better way. A better way for you, that is.

Obviously, a Mancunian should be mindful of not advising a Londoner that the best way to the celestial magnificence of Whitby is to drive up the M6, then across on the M62. It’s just not in their best interests.

So, whether you’re heading to the Valhalla of Yorkshire from Cornwall or Cockermouth, it doesn’t matter which route you take, so long as you get here eventually. You’re sure to get a warm welcome.

The journey will have been worth it.

Oh, and by the way, I’m not religious, but I believe I’ll be going to the same place as you are. I just don’t know where that is. But I hope it’s like Yorkshire.

I am astonished as to why you would be “outraged” by Cadbury’s and the National Trust dropping the word “Easter” from its annual egg hunt.

As a vicar’s daughter, I would have thought, you of all people, would know that ‘Easter’ was appropriated by Christians from the Anglo-Saxon pagan festival of ‘Eostre’, sometimes known as ‘Ostara’.

Eostre is the German Goddess of fertility and is worshipped and celebrated at the time of the Spring Equinox to symbolise rebirth (of mother nature).Though, it is easy to see why Christians would steal this festival to mark the ressurection of Jesus Christ. (As they did with the Winter Solstice and Jesus’ birth.)

Of course, every God and Goddess needs a pet. Odin had a pair of ravens called Huginn and Muninn. Eostre was no different. She had a wittle, cutesy-wutesy bunny wabbit.

But what about all the chocloate eggs I hear you bleat? What have they got to do with Jesus?

Absolutely nothing. Again, they are Eostre’s symbol of fertility and rebirth.

So, Theresa, next time you get the hump about a chocolate company ditching an irrelevant ‘Christian’ term from its promotion, I suggest you concentrate on more important things like selling Weapons of Mass Destruction to brutal dictatorships.

The Gospel According to Dave.

There’s been a lot of negativity flying about of late, what with the fat orange fella sticking his size nines in everything.

Protests, riots, building walls, burning bridges, immigration bans, failed black ops missions. There’s something new to roll your eyes at every day. It’s unsurprising then, that people all over the world are up in arms, (literally and metaphorically), by the Cheeto Chompin’ Chimp’s actions.

It’s not just affecting America. He’s threatening the stability of the entire globe.

With that in mind, I thought it about time we had a set of moral values to live by. Sort of a set of rules, or a code. Commandments, if you will. (I don’t know why anybody hasn’t thought of it before.)

So, here is The Gospel According to Dave.

There are 10 commandments with which to adhere.

First. Thou shalt not kill or hurt anyone.

This applies not just physically, but emotionally, psychologically or spiritually.

Two. Thou shalt not steal.

Actually, if you steal from someone you’re probably hurting them emotionally and psychologically, so I reckon it’s covered in the above.

New, number two. Thou shalt not covet thy neighbour’s Merc. Or his gaff, or his 42″ plasma screen.

Come to think of it, if you’re envious about what someone else has  you’re only hurting yourself. So, scrub this one as well.

Numero dois. Thou shalt not covet thy neighbour’s missus. (Or ‘mister’ depending on your sexual orientation.)

Why? ‘Cause at least one of the triumvirate is undoubtedly going to get hurt. In all likelihood, all three of you will suffer at some stage. So, again, covered in number one.

E.g. Don’t be a lying little get. It’s bad for you and it’s bad for the person you’re lying about. And you invariably get caught out in the end. Number one probably covers this. (A fib is okay. Especially if it stops someone’s feelings getting hurt.)

Secondo.  Honour thy father and thy mother.

I reckon your mam would be well upset if she thought you didn’t love her. Having said that, it doesn’t give them the right to mistreat you either. So, as long as they abide by the first commandment, you should abide by it too… no wait, I think we can shoehorn this under number one.

I’m all up for a day off work. Tough one this, as you don’t want to hurt God’s feelings. But, what with shops open 24/7 it’s tricky for some folks. They have to work when the boss tells them or lose their job. I reckon if you take at least one day off a week we should have a bit of wiggle room here. But, at the end of the day, (or week ha ha), it’s covered in the first commandment.

Numero Due. Thou shalt not take the Lord’s name in vain.

Jesus wept. Bit petty. Then again, if it hurts His feelings, I reckon you should abide by the first commandment and you should be okay.

Zwei. Thou shalt have no other God but me.

Look, I couldn’t give a rat’s ass whether you’re a Christian, a Jew, a Muslim, a Hindu, a Sikh, a Buddhist or a follower of another religion. Heck, it doesn’t matter if you don’t believe in any of them. I’m sure, if you stick by the first principle every one should get along just fine.

So, just to recap, the First and only Commandment is: Thou shalt not kill or hurt anyone.

Hang on a minute… I reckon we can shorten this a tad. I’m pretty sure that killing someone would involve hurting them a bit. Well, if not them, their family and friends, so we can delete that bit.

The Gospel According to Dave (second draft):

Thou shalt not hurt anyone*.

Oh, and if you’re wondering who the woman in the photo is, that’s my Auntie Mavis. She likes a drop of sherry at Christmas.

*Does not apply to Donald Trump.

The Book of Judas – out now on Amazon.

Did Christ really die on the cross? Or was he rescued by the man charged with his betrayal? And could it be that Christ was an ancestor of Mohammed? The Book of Judas is a historical epic screenplay set at the turn of the 12th century after the First Crusade, about a French crusading knight who discovers The Book of Judas in Jerusalem. 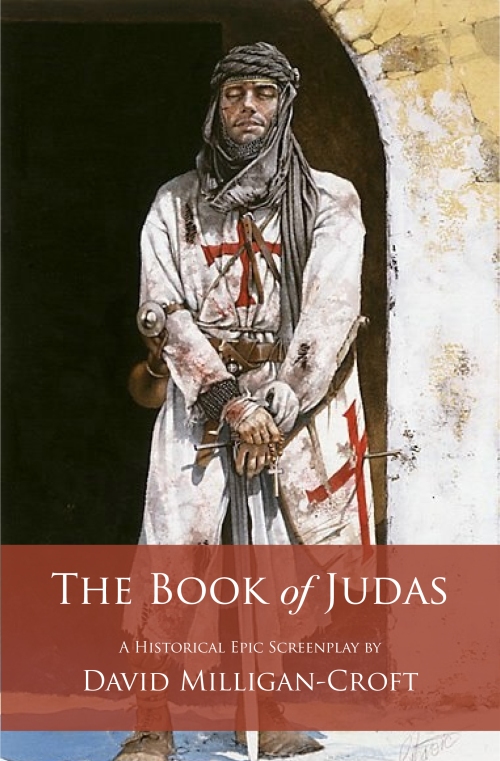 The Book is Judas’ version of events surrounding the crucifixion, and his alleged betrayal of Christ and his subsequent exile in Medina. Xavier de Crecie’s dilemma is whether The Book should be seen by the world’s nobility, thus throwing Christianity and Islam into question, or whether it should be suppressed for the good of both religions.

Few people know of The Book’s existence. The Catholic Church want to get their hands on The Book to suppress its contents. The Baron of Kent would also like to acquire it so he can use it as collateral against funding an army to depose the King of England. Whilst the Moorish Amir wants it back to protect Islam.

The antagonists will stop at nothing to wrestle The Book from Xavier’s grasp – including kidnapping his wife, the sublime and beautiful Duchess of Brittany – who is as much of an adversary as any knight, as the Duke of Kent and the King of England are about to find out.

Buy it here on Amazon.