As you clever people probably know, the marathon sporting event got its name from The Battle of Marathon in 490 BC between the Persians, under Darius I, and Athens.

A force of 10,000 Athenians took on an estimated 600,000 invading Persians on the plains of Marathon, north east of Athens.

Marathon today. (Or yesterday. Not sure when it was taken.)

Under cover of darkness the Athenian hoplites dished out some Greek whupass killing an estimated 6,500 Persians while suffering a meagre 200 dead in reply.

Pheidippides, a Greek messenger, was promptly dispatched from Marathon to Athens to herald their great victory over the Persians. And the distance? 26 miles, of course. Hence, why the marathon is 26 miles in length.

You can still visit the Plains of Marathon where the battle took place. But, unfortunately, due to global realignment, it’s been renamed The Battle of Snickers.

That extremely clunky segue leads me on to the point of this post: London 2012 Olympic Games.

I wrote a post a few weeks ago about an ad by Channel 4 for the Paralympics called Meet the Superhumans, stating that I didn’t have much interest in the Olympics.

But, after Danny Boyle’s [et al] Olympic opening ceremony, I was absolutely gripped by London 2012 fever.

Diametrically apposed to the Queen’s Diamond Jubilee Celebrations, this was a celebration of what makes Britain – its people. Everything from farmers and factory workers to suburban life and our glorious NHS.

Music, dance, literature, art, comedy, it was all there in surreal bucket loads. (Could’ve done without the whole Queen nonsense, mind.) 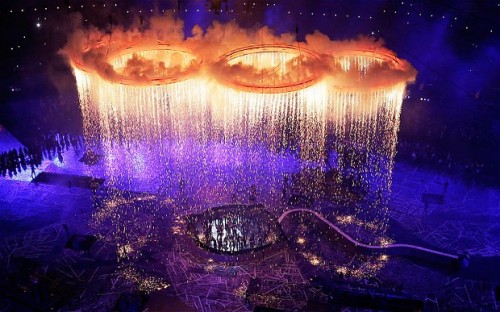 To me, the London 2012 Olympics have helped me define what it means to be British. Not whether I am English or part of a group of home nations called England, Scotland and Wales. But a veritable smorgasbord of eclectic cultures and diverse backgrounds from all over the globe. 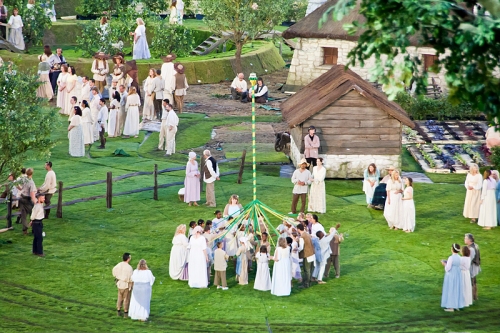 The London 2012 Olympics made me feel proud to be British.

Our athletes are the true knights of the realm.

Not business people. Business people get money. That is their reward. That is what they strive for. They don’t do it for Britain. They do it for themselves. And that’s fine. That’s their path.

These athletes chose a different path. They have sacrificed everything just to be called an Olympian. And, maybe, just maybe, be great enough to win a medal.

On Mount Olympus, the mighty Zeus would have made Jessica Ennis a demi-goddess.

Here are just a few of my personal highlights, but I take nothing away from all the other athletes who took part and made it a festival of sport worthy of the ancient gods of Olympus.

I salute you all.

Nicola Adams, first ever woman to win an Olympic medal in boxing. (And she’s from Leeds!) 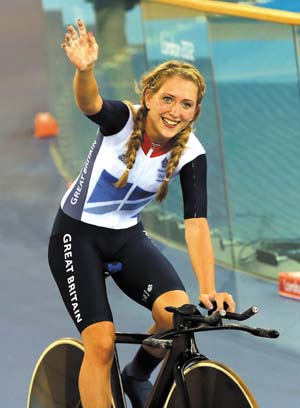 Laura Trott, going for a jaunt. 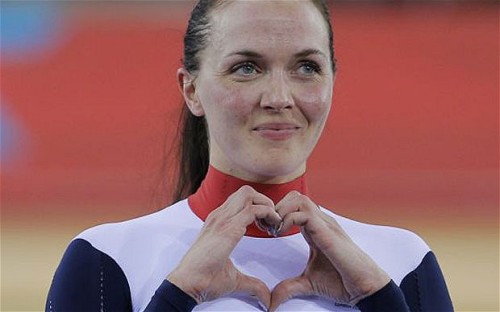