Hopscotch in the rain 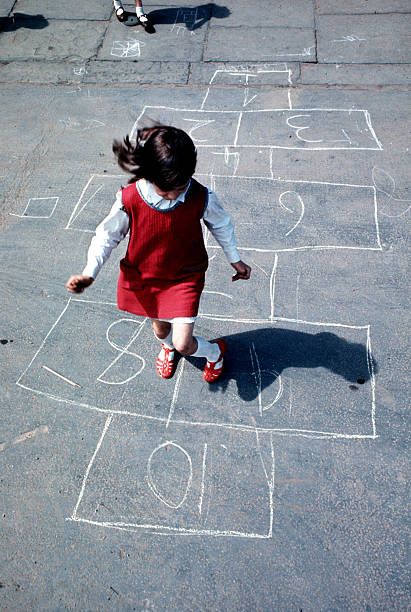 You don’t see chalk on the pavement much anymore.

My daughters used to do it outside our house and up the street with the neighbours’ children.

I was walking to school the other day to pick my daughters up when I saw some lovely pastel chalk drawings on the pavement and it took me back to when I was a kid.

So I wrote a haiku about it.

Hopscotch in the rain.

Chalk on the pavement;

War’s not for kids?

In contrast to The Chapman Brothers grim portrayal of mankind’s portent for the capacity to do more evil then Beelzebub himself, I thought it appropriate, (or inappropriate,) to show some work that celebrates war. Or at least, playing at war.

In the olden days we didn’t have X Boxes or PSPs. We had to make do with eating coal and playing with plastic figurines for entertainment.

I thought it might be interesting to do a campaign that promotes these ‘old fashion’ toys to a present day audience. Competing with MoH or CoD is no mean feat. But, what these toys lack in graphic depiction they make up for in the users ability to improvise and… imagine. Not to mention the necessity to apply strategy – not that prevalent in your average shoot em up. (Though there are some excellent computer strategy games out there too.)

Would these executions persuade kids to get down to their local model shop and start building model aeroplanes or painting half inch paratroopers?

I used the illustrations that Airfix actually use on their packaging, which I’ve always thought were brilliant. Reminiscent of war movies of the era that Airfix was popular – glamourising war. Bright colours and no one gets hurt.

Which leads me on to the next question: Is it immoral to advertise games/toys that promote war to children? Discuss. 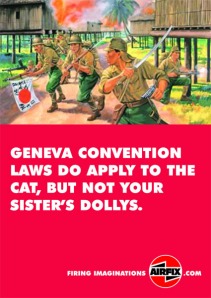