In the year when many are ‘celebrating’ the centenary of the First World War, it is worth sparing a thought for those, such as Owen and Sassoon, who spoke out against its horrors and our government’s mishandling and inept military tactics. Particularly at a time when such things were unheard of.

I’m a lover of poetry and history. And it sickens me to to the core to see how many people’s lives were sacrificed needlessly due to incompetence and profiteering.

I went to the Somme once on holiday. (Ibiza isn’t really my cup of tea.) The thing that struck me most was that one minute I would be strolling through the undulating, idyllic French countryside on a summer’s afternoon and, the next, I was confronted by tens of thousands of white marble headstones. Inscribed on one gargantuan monument I saw in Arras are the names of 75,000 men and women. They don’t have any headstones. Because nothing was ever found of their bodies. They were vapourised by shelling. Ponder that for a moment. Vapourised. Their atoms scattered to the winds.

‘Dulce et decorum est pro patria mori’ roughly translates as: ‘It is sweet and fitting to die for one’s country.’ Remember, this poem was written at a time when most poets romanticised or glorified war. And also a time when governments could censor and suppress what the public read or saw.

Till on the haunting flares we turned our backs

And towards our distant rest began to trudge.

Men marched asleep. Many had lost their boots

But limped on, blood-shod. All went lame; all blind;

Drunk with fatigue; deaf even to the hoots

Of tired, outstripped Five-Nines that dropped behind.

But someone still was yelling out and stumbling,

And flound’ring like a man in fire or lime…

Dim, through the misty panes and thick green light,

As under a green sea, I saw him drowning.

In all my dreams, before my helpless sight,

He plunges at me, guttering, choking, drowning.

If in some smothering dreams you too could pace

Behind the wagon that we flung him in,

And watch the white eyes writhing in his face,

His hanging face, like a devil’s sick of sin;

If you could hear, at every jolt, the blood

Come gargling from the froth-corrupted lungs

Obscene as cancer, bitter as the cud

My friend, you would not tell with such high zest

To children ardent for some desperate glory, 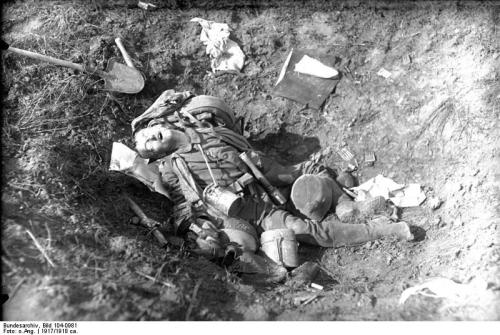 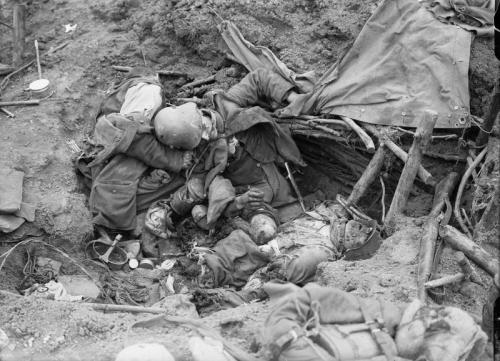 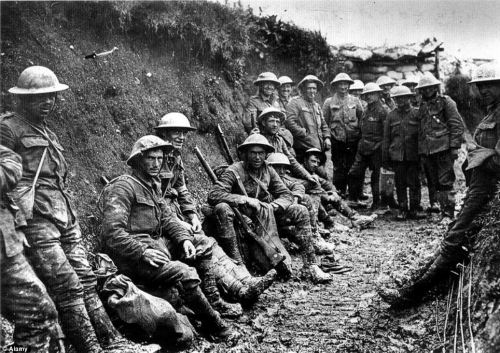 So, on the one hundredth anniversary of the War to End all Wars, spare a thought for all the victims, whichever side they fought for. I know it doesn’t seem like something which I should be grateful for, but pioneers like Wilfred Owen, paved the way for the rest of us to dissent against irresponsible governments and incompetent military leaders. For that, I am truly grateful.

Those tactical geniuses, that were the British generals. I bet not one of them got their boots muddy. 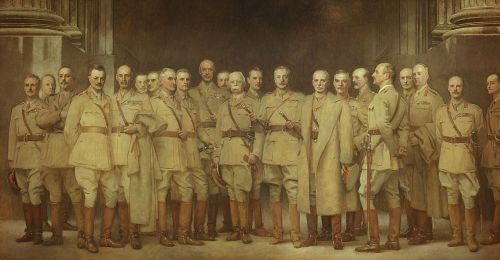 I wonder how many troops died in the time it took to paint this picture by John Singer Sargent?